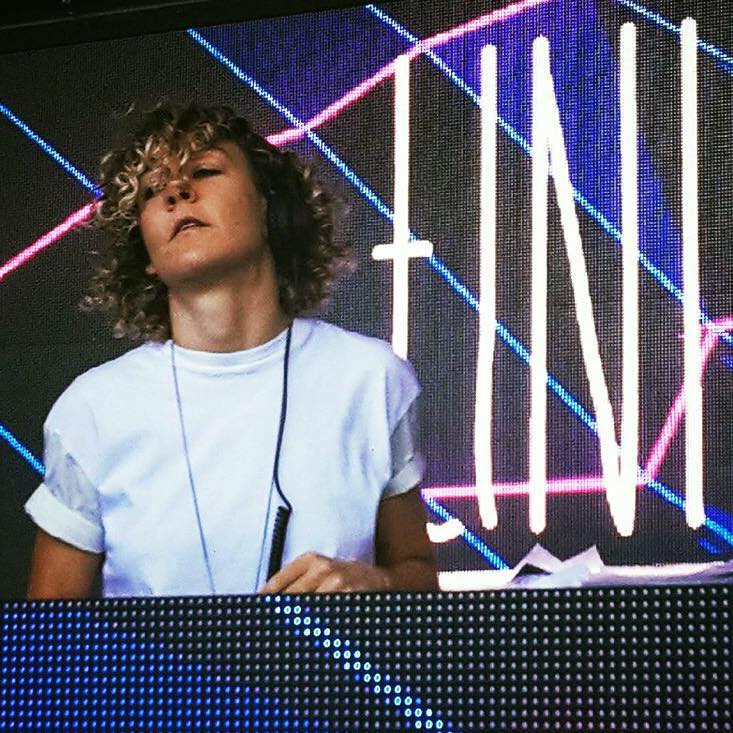 tINI is one of electronic music’s most respected and consistent artists known for both her production and DJ skills, and recently she launched her own label “Part Of The Gang”.

The label name is influenced by her club event “tINI And The Gang” where line-ups consist of herself teamed up with a gang of DJ friends and artists she respects, and the label invites fans to join the gang via support of the music the imprint releases.

Having originally proven her production skills as part of Loco Dice’s Desolat crew she has also featured on other labels including Moon Harbour, Dissonant plus 1trax, and tINI also provides the original music for Part Of The Gang’s debut release titled the “Human Lung Chair EP“.

Alongside her three original cuts there is also a remix from Mr. G who is famed for his analogue sound which has been mainly released via his own Phoenix G, but also on other labels including Rekids and Running Back.

Opening with the deep stabs, ambient vocal textures and warm pads of “The Authentic Blach”, the EP is stripped back right from the very beginning, and Mr. G’s remix is a chunked up version making more prominent use of the vocals along with the addition of a new bassline to compliment his jackin’ take on the track.

Track three is back to the originals with the dreamy synths and submerged sound of “Shakesbeer” featuring Steffy Argelich, which has deep synths layered over tough percussion. Bringing out the raw funk of a broken beat percussion loop “Synthia” featuring JAW wraps up the EP with some honky-tonk chords and JAW’s vocal that adds to the building atmosphere.

From start to finish the whole EP is fantastic with good dancefloor functionality, but the final cut “Synthia” is for me the stand out track, as it’s got a very distinctive sound fusing an unusual blend of contrasting styles.

You can pick up a copy of the release from HERE.

HSH_REVIEW: Quenum – We Are Together EP [This and That Lab]